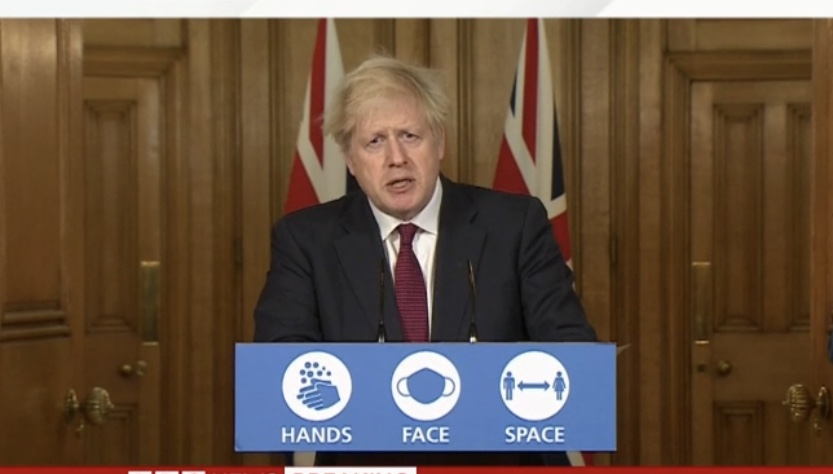 London. Stricter restrictions have been imposed in various parts of England, including London, in an effort to curb corona infection.

As the infection continues to grow, Prime Minister Boris Johnson announced in a special address on Saturday that a ‘Tier 4’ ban would be imposed in the South and East of England.

Earlier, restrictions were imposed regionally by placing them in three different tiers. As the infection is increasing, Tier 4 with more stringent restrictions is being implemented.

Under the Tier 4 ban, which will be effective for two weeks from Sunday, December 20, all shops except the essential ones will remain closed. Businesses such as clothing stores, indoor gyms and hairdressers that are open now will be closed.

An appeal has been issued to the general public to stay at home except in cases of urgency. The Prime minister has announced that the planned five-day easing of restrictions over the festive period will now be scrapped in tier 4 areas and it will be limited to a single day in rest of the country.

British scientists are studying a new form of the virus as a new version of the Covid-19 has appeared in the UK and is spreading rapidly in England.  Experts are worried that the infection will increase rapidly after the virus changes its form. However, it is being studied as weaker or more dangerous than before.